It’s three months ago today that the man and I closed the door on life in the Big Smoke and headed North to a quieter existence.

Since we have been here we may be living a quieter life, but we are way busier. A contradiction, I know, but let me explain. It is quieter because not only do we not have constant traffic 24/7 assaulting our senses, we have the luxury of being able to pace ourselves. You see, each day we choose what we do, rather than follow the regime that comes with working an 8 to 5 job.

Today for example we are having a burn off, but not before our new-to-us Massey Ferguson tractor hauls a few branches from a fallen tree to add to the fire pile. Son Number 1 has volunteered to do this job because although it’s work, it’s fun and he knows he’ll have a blast. 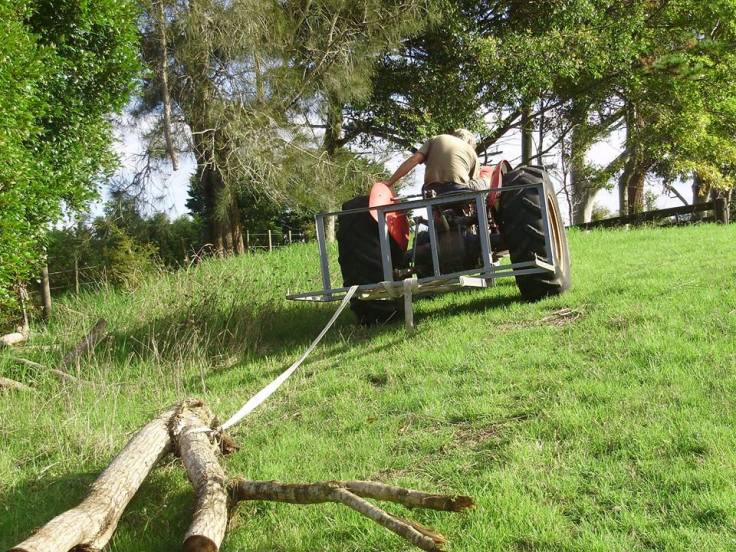 After the logs have been added to the pile,  we will move the sheep from that paddock  before lighting the fire. Transferring the sheep should be straight forward. Except sometimes it isn’t and we are slightly wary of the exercise: the last time we moved the sheep, one bugger made a break for it and managed to get herself through the fence into the neighbouring farm.

This was beyond us. We rung Karl who owns the sheep. Is it a lamb, he asked? No, we replied, it’s a sheep. Well, you won’t catch it as they are bloody fast, he said. I’ll ring the other farmer and let him know our sheep is in his paddock. And he hung up.

Remember this is Whangarei time – nothing happens fast. Ever. For the next week, we watched the rogue sheep shadowing her mates in our paddock, occasionally giving a plaintive bleat to remind us she was lost.

One day we came home to find we were back to full quota in our paddocks. The sheep had returned.  Turns out the neighbouring farmer had rounded her up into a pen (think dogs and quad bikes here). Once this was done, all  Karl had to do was to get her from the pen back into our paddock. Easy as, right? Actually no. The sheep made one more bid for freedom, but this time round she had met her match. Farmer 1, sheep 0.

Anyway today there were no escaping sheep. They did exactly as we wanted. The MF has done its job and I can smell the smoke of the fire pile. In the background the chainsaw can be heard as the man and son No. 1 get stuck into some more fallen branches which will be destined for the wood pile or burn off.

As for me, once I have finished this blog, I’ve a house to clean up and some baking to do as we have guests this weekend.  In fact, most weekends we have family or friends pop by.

Life in the country. It’s beaut.

Not sure how I am going to fit that paying jobette in though?

Since January 2017 we have lived in Whangarei Heads on a lifestyle block. When we moved here, our aim was to say goodbye to the 9-5 slog and work from home as soon as we could. To this end, Grant started Three Fish Woodworks, a bijou event hire and woodworking business which follows the principles of slow living. Now retirement age, it has panned out for Grant as planned (follow this on the blog: Threefishwoodworkshire.com). Heather, meanwhile, intends to retire within the next few months, although there wont be a pension for her for a few years. To achieve this requires careful planning and a well thought out budget - after all we want our retirement to be enjoyable and we do have a bucket list of dreams to achieve! Follow this journey to retirement and beyond on the blog: Skiddingtowardsretirement.com) Heather and Grant